How to eat healthy hot pot 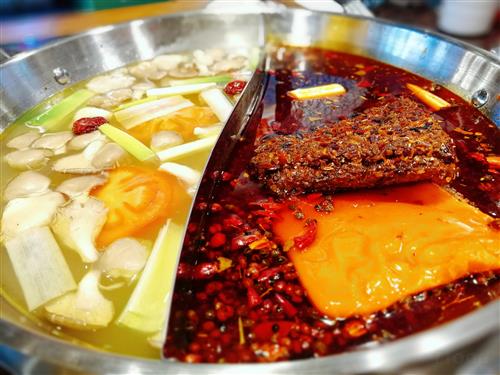 I found a domestic research paper (Author: Wang Suwen, Title: Investigation of nitrite in hot pot cooking process, published in the "Shanghai Journal of Preventive Medicine"), the researchers measured the four kinds of hot pot soup of nitrite content Variety. A total of 4 points of data were collected during the measurement, that is, 30 minutes, 60 minutes, and 90 minutes after starting each meal.

As a result of the measurement, it has been found that the nitrite content in the shabu-shabu soup is rising steadily with the extension of the measurement time. By the end of the 90-minute meal, the sauerkraut soup had the highest rise of 9.83 times, and the seafood soup was also higher at 7.06 times. The rise of bone soup and soup base was smaller, 2.88 and 3.05 times, respectively.

From the nitrite content point of view, the initial soup bottom concentration was not much different, between 1.3 and 1.8 mg/l. However, with the prolonged shabu-shabu, the difference in nitrite content is increasing. The final content of the sauerkraut soup base was as high as 15.73 mg/l, and the seafood soup base also reached 12.70 mg/l. Therefore, it is well-founded that shabu-shabu soup, which is cooked for too long, is unhealthy.

If you drink such a soup, will you have nitrite poisoning? According to the highest 15 mg/L, if you drink 2 small bowls (400 ml) of soup, the intake of nitrite is 6 mg. Add to the value of the food you are cooking, it should not exceed 20 mg. This value is not enough to cause nitrite poisoning in most people, because the dose of nitrite poisoning is usually more than 200 mg, but this does not mean that it will not cause adverse effects on the human body. In hot pot soup, the content of amino acids and amines is relatively high, and they may synthesize nitrosamines and other carcinogens under heating conditions. Although there is no data on the nitrosamine content of the soup, its existence is still worrying. If you often eat this type of shabu-shabu, you cannot rule out the risk of cancer in the digestive tract. Therefore, it is advisable to cook the hot pot soup for a long time.

Eat hot pot solution does not hurt the body

How to eat hot pot is not only full of delicious but not hurt? Here are some tips for hot pot lovers:

1. Sauerkraut and seafood are rich in nitrite. When they are used as soup base, the nitrite content is particularly high. In contrast, broth, bone soup, soup, etc. are safer.

2. After picking up sauerkraut and seafood with high nitrite food, be careful when drinking soup.

3. If you want to drink soup, you should not drink at the end of the shabu-shabu, drink in the shabu-shabu within half an hour after the start of the rest assured.

4. When eating hot pot, more fresh vegetables can reduce the risk of nitrite synthesis of nitrosamine carcinogens. Too much protein enhances the effect of carcinogens. Vegetables should not be boiled for a long time. It is better to put them in the soup earlier, rather than when the content of Tonglia's nitrate is already high.

5. After eating a meal, the next meal must be lighter. Eat more whole grains, beans, and vegetables. Try to supplement the dietary fiber, vitamin C, and anti-oxidant health-care ingredients that help prevent cancer.

Mr. ShenHW
What can I do for you?
Contact Supplier